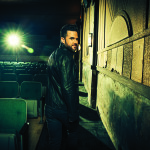 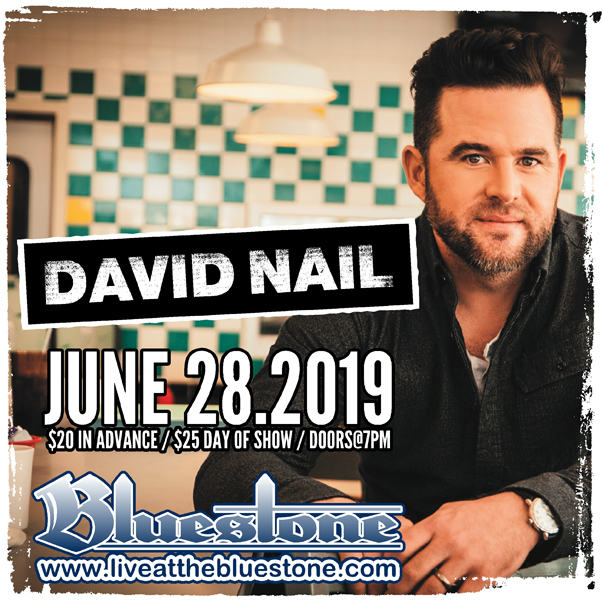 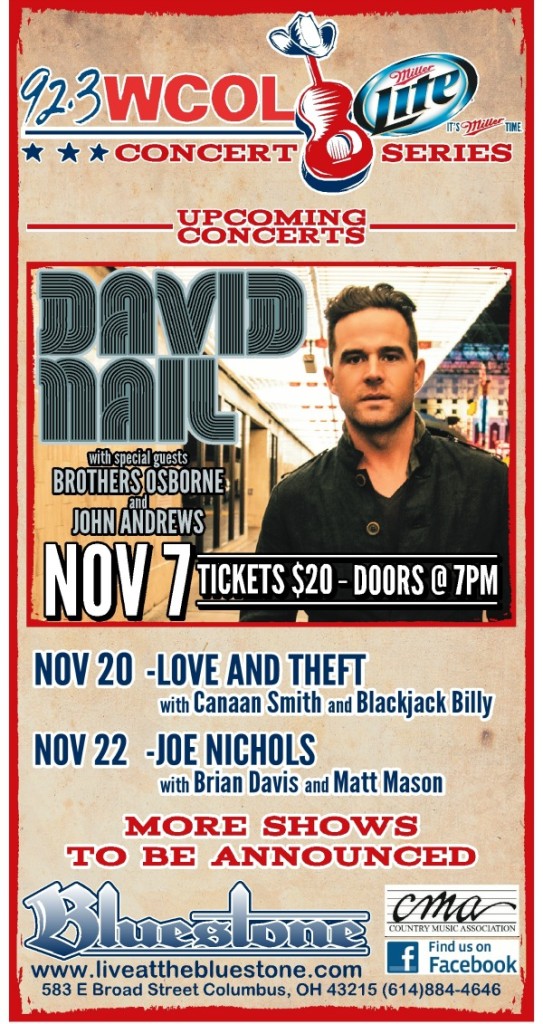 On Thursday, November 7th, David Nail returns to The Bluestone as part of the WCOL Miller Lite Concert Series. He will be joined by Brothers Osborne and John Andrews. This will be Nail’s fourth time performing on The Bluestone stage!

David Nail’s growing popularity might have to do with the fact that he stands apart from common “Good Ol’ Boys” of modern country music. Nail’s soulful, melodic voice creates a timeless, yet fresh country sound. In February 2011, Nail released his fifth single, “Let It Rain”. It served as the lead-off single to his second studio album,The Sound of a Million Dreams, which was released on November 15, 2011. In January 2012, “Let It Rain” became Nail’s first No. 1 hit. The title track was released as the album’s second and final single, and reached a peak of number 38 on the Hot Country Songs chart. The Sound of a Million Dreams is Nail’s follow-up to 2009’s I’m About to Come Alive, which yielded the Top Ten hit “Red Light” and was also listed by Esquire Magazine as one of “50 Songs Every Man Should Be Listening To.” 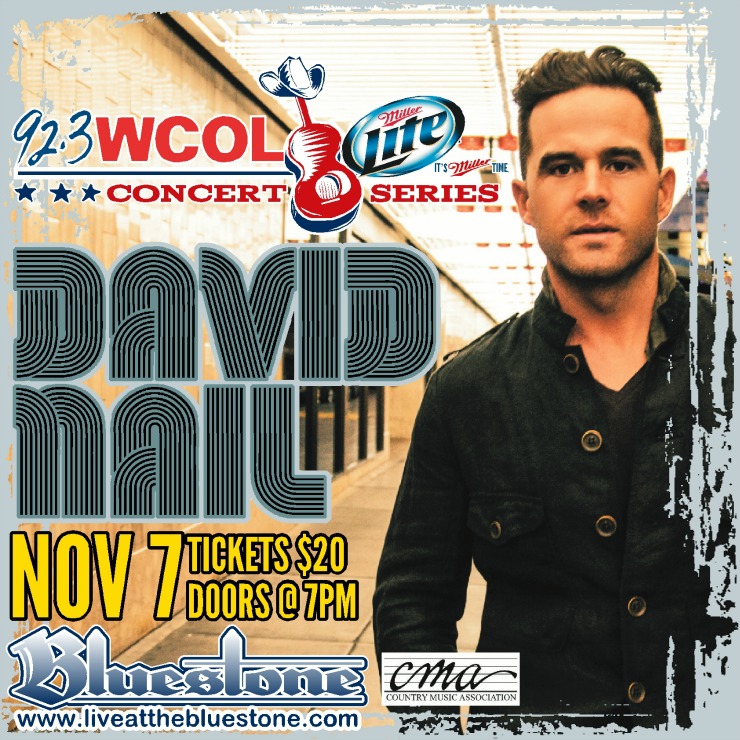 David also received an Academy of Country Music nomination for Single Record of the Year for “Red Light.” Furthermore, Nail scored a Grammy nomination for Best Male Country Vocal Performance for “Turning Home.” David’s penchant for sophisticated melodies and lyrical work is demonstrated in every song. “Imagery is so much a part of what draws me to the songs I record. I pick songs with cities in their lyrics or the names of girls because I want you to know exactly where I’m coming from and what I’m talking about,” says David. “I love painting those pictures.” “Whatever She’s Got,” the first single from a new studio album, was released to country radio on May 28, 2013. The single has been gaining momentum, as Nail continues to tour and promote his forthcoming studio album. 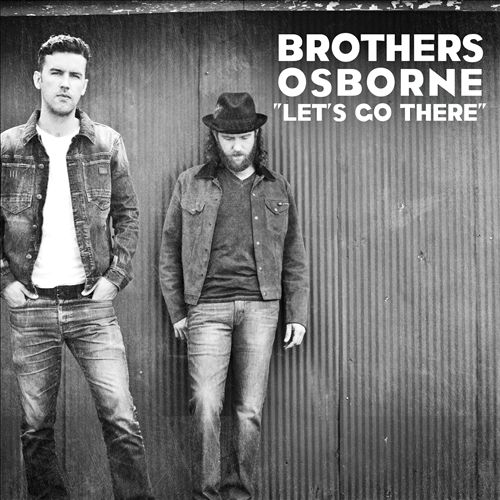 Joining Nail will be Maryland-based duo Brothers Osborne. Brothers Osborne have been featured in Paste Magazine’s “Best of What’s Next” list, and were also featured as one of Billboard Magazine’s “Bubbling Under” artists. Influenced by diverse musical genres, the boys create a unique sound that contains elements of bluegrass, country, rock, and folk, and Americana. The Paste article describes their musical upbringing as follows: “Johnny Cash and George Jones were right at home beside Tom Petty and Bob Seger, even Southern rock or blues, all tangled together like some super-music that didn’t require labels.”  Together, the brothers sound, “Like a more aggressive post-Americana guitarslinger/singer duo, a got-to-be-real country act, the pair offers the kind of kinetic chemistry that made Chris and Rich Robinson such a flint strikes rock spark in the Black Crowes.”(Paste). Brothers Osborne’s raw energy and stage presence make this breakout act one to watch in the coming months, and The Bluestone is thrilled to bring them to our central Ohio audience! The sparks are there for sure.

Take a listen to the brothers’ first single, “Let’s Go There” 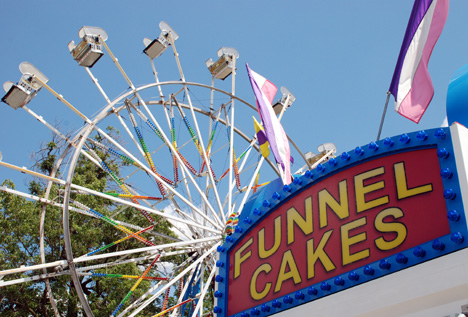 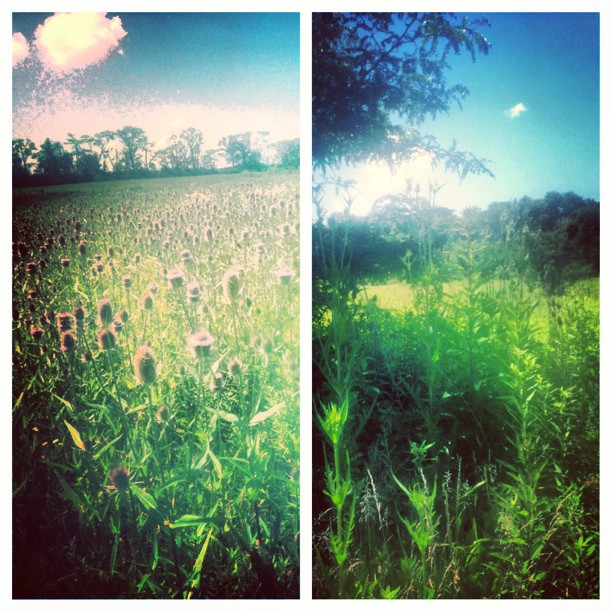 Late July in central Ohio is the perfect time to enjoy fairs, concerts, pool-time, family, and friends. It’s also a time to soak up sunshine and good music!

Here are ten of our favorite “Summer” country songs by artists who have performed, or will perform here at The Bluestone: The “Other Church” of Country Music!

Add these to your summer playlist!