Last night, The Bluestone was packed with country music fans for a sold out show featuring upcoming duo, Muscadine Bloodline along with the established acts, LoCash and Eli Young Band. 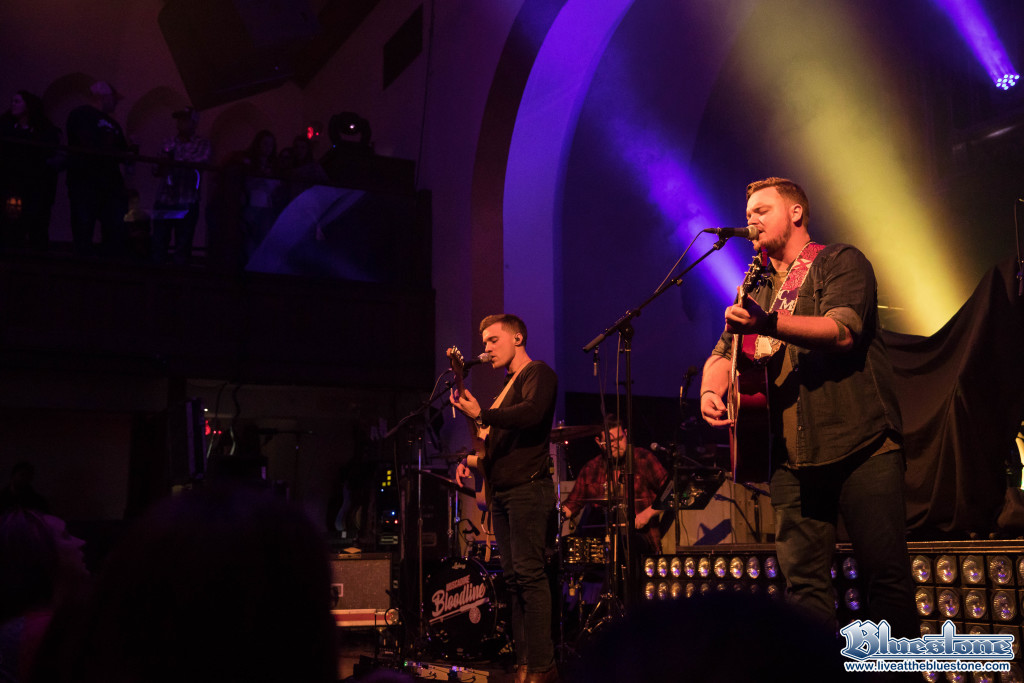 This was only the second time Charlie Muncaster and Gary Stanton of Muscadine Bloodline have taken the stage in Columbus, Ohio. There was an obvious excitement throughout the crowd as the boys kicked off their set with their song, “Depending on The Night” from their EP. During each song, the crowd is met with fantastic harmonies from the two and guitar solos from Stanton. A cover of “Fishin’ in the Dark” and a performance of their recent single, “Movin’ On” kept the crowd enthusiastic and dancing. With just two songs of their set left, Muscadine Bloodline took a moment to thank the crowd for taking interest in their next song that helped to launch their career. As the boys continued into the song “Porch Swing Angel,” there was an indescribable feeling throughout the swaying crowd, which lit up the stage with their cellphones as Stanton sang “I wanna tell her how I feel, but I don’t wanna scare her away.” Their set ended with “Ginny,” a song about an ex-love that did not end on the best of terms.

Between sets, an impressive line formed at the merchandise table for a quick meet and greet with the Muscadine Bloodline boys. Others visited the bar or friends as excitement for LoCash to take the stage could be felt throughout the crowd. 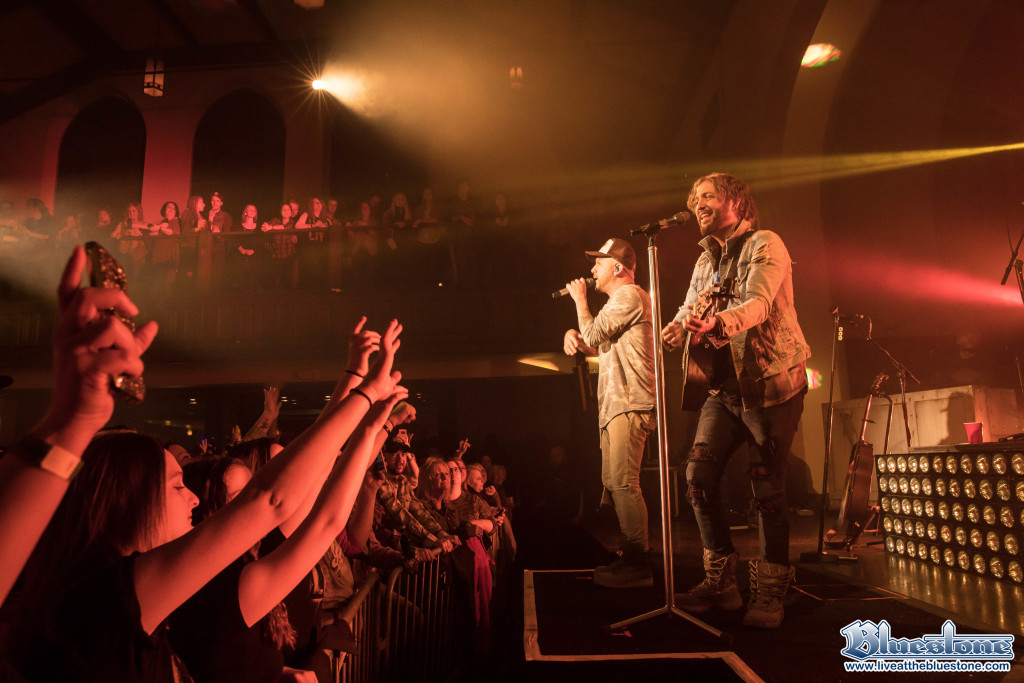 Chris Lucas and Preston Brust of LoCash brought an uncanny energy to the stage of The Bluestone. Throughout their performance, Brust and Lucas took turns playing the guitar. If Lucas was on the guitar, Brust was moving and grooving on stage, vice versa. The two have highly harmonic voices and their interaction with the crowd brought it back to the basics of entertainers feeding from the crowd’s charged energy. The boys were clearly excited about the show, as they exclaimed this was their first time selling out a concert in Columbus, Ohio. They brought a beachy feel to a chilly winter night with their song, “Drunk, Drunk.” Brust took the opportunity to cheers his drink with fans in the front row.  Other notable songs played by the duo included Keith Urban’s “You Gonna Fly” and Tim McGraw’s “Truck Yeah,” both of which were written by Lucas and Brust. A 90’s country music medley was used to test fan’s knowledge with songs like, Joe Diffie’s “Pick Up Man,” Alan Jackson’s “Chattahoochee” and Garth Brooks’ “Friends in Low Places.” Their set ended with an excited crowd dancing and yelling along to LoCash’s hit song, “I Love This Life.”

After a complete change of the stage’s set up, Eli Young Band took the stage. The crowd’s enthusiasm as the band took the stage was unbelievable. The highlight of their time on stage was their radio hits, as the crowd sang along to the indescribable vocals of the band’s front man, Mike Eli. Their stage presence was indescribable, especially lead guitarist James Young, who was often seen jumping around the stage and throwing guitar picks into the crowd. Slowing it down, Eli sang “She’s in my skin and bones, she’s my grace and glory, she’s a backroads home, she’s a long story” and touched the crowd as they listened intently to the new song from Eli Young Band’s most recent album, “Fingerprints.” When the band launched into “Drunk Last Night,” the crowd could be seen raising their drinks high into the air while screaming, dancing and singing along in excitement. Other singles like “Crazy Girl” and “Dust” acquired similar reactions from the entranced crowd. 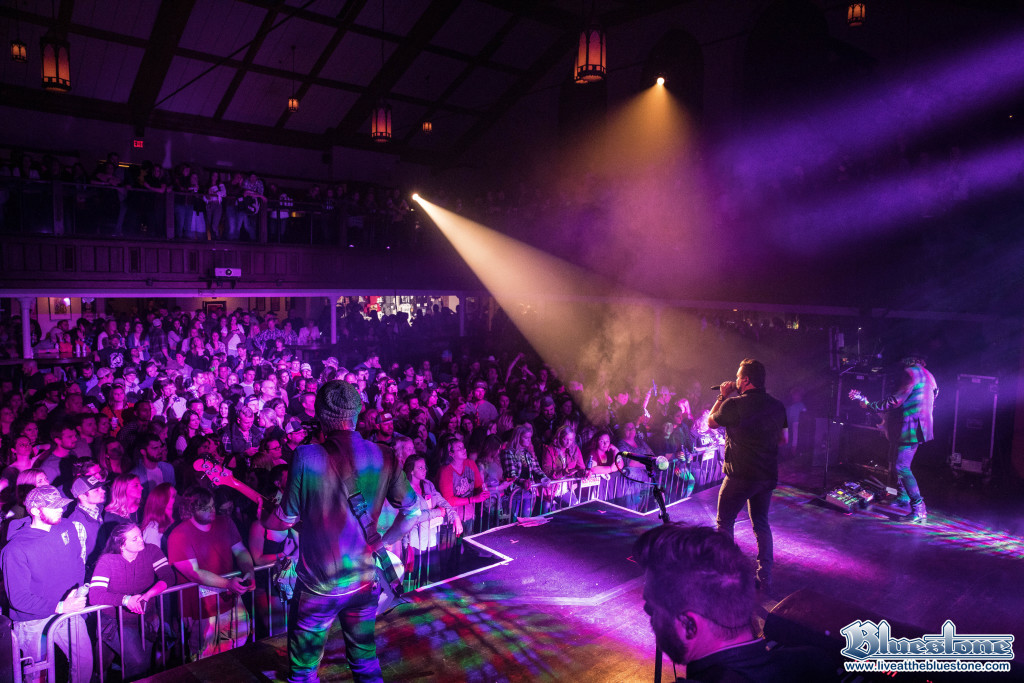 “Sometimes you have your off days, sometimes you have more off days and it’s just one of those things,” Eli said reflecting on the band’s journey as country music artists and recognizing the importance of their fans, “thank you guys for being here tonight and singing along with us. This next one goes out to all those dreamers out there.”

The number one hit, “Even If It Breaks Your Heart” generated the largest reaction from the sold-out crowd. The crowd’s impressive sing along proves that a dream can carry you to the top, as long as you keep on dreaming – even if it breaks your heart.