https://www.liveatthebluestone.com
Click here to subscribe to our text messages.From country music concerts and rock and roll to corporate events, weddings, and private parties, we’re a destination venue for your special event tickets. With cathedral ceilings, soulful acoustics you can only hear in a 115-year old church, and a staff who truly cares about delivering an amazing experience, The Bluestone is one Columbus event venue you simply shouldn’t miss.
Get your Tickets to the best shows in town Now
www.liveatthebluestone.com
Agenda
Agenda
Day
Month
Week
October 2022 – February 2019 Oct 2022 – Feb 2019
Collapse All Expand All
Oct
3
Mon
WCOL & Miller Lite Present: JERROD NIEMANN
Oct 3 @ 4:14 pm

“Lover, Lover”, artist, Jerrod Niemann, will be performing live at The Bluestone as part of the WCOL Miller Lite Concert Series! .  Chris Lane will be opening the show!

VIP Admission: VIP TABLE PURCHASE DOES NOT INCLUDE ADMISSION TICKETS TO THE SHOW.  Admission tickets must be purchased separately. 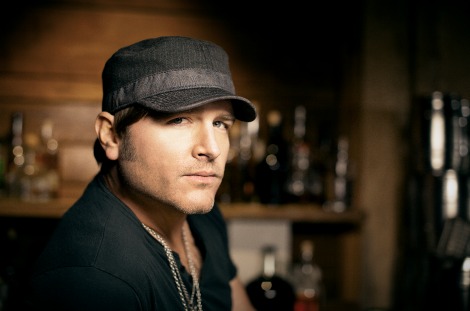 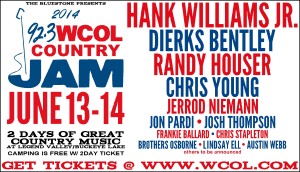 WCOL‘s next up and coming country music star is Georgia born Thomas Rhett! His debut album It Goes Like This released at the end of 2013, sold over 200,000 copies and spawned several successful singles such as “Get Me Some of That”, “Something to Do With My Hands”, and the chart topping hit “It Goes Like This”. Following the release and success of his album, Rhett embarked upon a massive tour across the country, stopping in Columbus at The Bluestone in 2013. Rhett was recently nominated for ACM‘s New Artist of the Year, with the awards ceremony taking place in April and has made headlines with his country covers of popular Bruno Mars singles. Rhett returns to Ohio this summer for WCOL‘s Country Jam at Legend Valley to once again rock Ohio!

The two- day festival will be hosted at the historic Legend Valley Concert Venue and Campground located on Buckeye Lake, just thirty minutes east of downtown Columbus. 2015 will mark the 3rd year that WCOL Country Jam has taken place at the venue. The festival is packed with the best country music ranging from classic country and southern rock country to today’s biggest country hit-makers.

The WCOL Country Jam is a country festival that has occurred annually for the last 10 years. In 2013, WCOL and Bluestone Promotions formed a partnership to bring the show to the Legend Valley Music Center, a historic venue located near Buckeye Lake in Thornville, Ohio. Previous years included performers Hank Williams Jr., Dierks Bentley, Gary Allan and Tim McGraw. The venue boasts acres of campgrounds and a large field with great views of the stage. Legend Valley Music Center has functioned as a music venue since the early 1970’s, but has undergone some name changes since that time. LVMC has hosted a multitude of artists including: The Charlie Daniels Band, The Allman Brothers, Grateful Dead, Alabama, Journey, and Jimmy Buffett.

Drake White and The Big Fire will be performing live at The Bluestone on Friday, May 5th, 2017

PURCHASE HERE–This Show is SOLD OUT

Drake White Tickets on sale Friday, December 16th at 10am 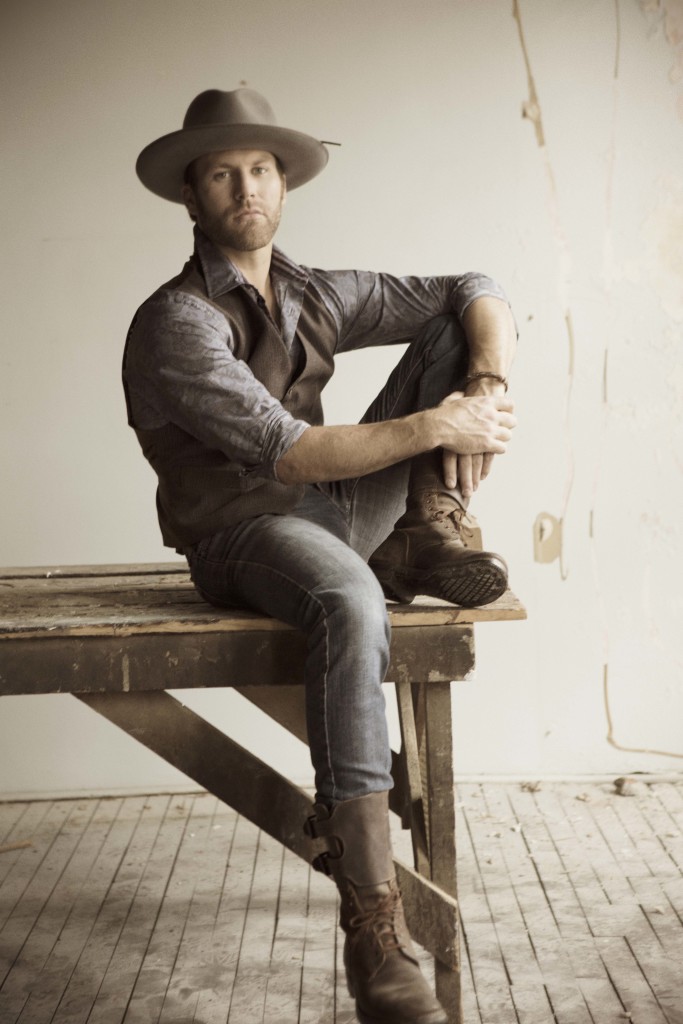 *All Sales are final

Every reaction begins with a catalyst, some initial event that sets things on their inexorable course. For Drake White, it goes back to something raw and elemental in his debut album Spark.

“I learned how to play guitar and keep people’s attention around a fire,” explains the Hokes Bluff, Alabama native. “A spark can start a fire that can keep you alive and sustain you. So this is the beginning for me. This is the first strike of the flint.”

The spirit of Spark comes from those simple, early days spent enjoying the outdoors among friends in the warm glow of a fire. And though he’s now a city dweller with all the complications and distractions that entails, White still seeks the freedom and deeper connections he felt when the chorus of nature and the strums of his guitar blended into one harmonious song — the kind of contentment he sings about in the swirling majesty of his single “Livin’ the Dream.” Drake White

“We grew up free. We grew up on 4-wheelers, riding through the backwoods,” he says. “We grew up hunting and fishing and being out in the Appalachian Mountains. People don’t understand how beautiful north Alabama is until you see it in person.”

Save for “Livin’ the Dream,” White wrote or co-wrote the remaining 11 tracks on Spark, working with red-hot producers Ross Copperman and Jeremy Stover through the process. He also brought in his own band for a handful of tracks to capture the energy of his live shows.

The first sound on Spark — before the pulse-quickening “Heartbeat” kicks into gear — is the voice of White’s late grandfather speaking from the pulpit. Several of these ghostly transmissions from the past appear on Spark, all extolling the virtues of love, brotherhood and nature. It’s a touch of the surreal that nods at White’s fondness for Pink Floyd’s psychedelic masterpiece The Wall, but also a deeply personal gesture that matches his vision perfectly.

“I went through about five or six sermons of my grandfather and picked out certain little snippets,” he says. “I just think they kind of fit. They’re weird and people are asking what they are. And that was my point: to get people talking about it.”

White has his own message of finding some harmony amid the demands of modern life, one that goes down easy in the uplifting, Zac Brown Band-assisted Southern rock anthem “Back to Free” and the cautionary-but soulful “I Need Real.” It’s a simple message of not letting oneself be swallowed up by technology and seeking out honest, genuine connections with others.

“When I’m at home, my wife and I keep our phones in the bedroom,” says White. “We listen to records. We hardly turn the TV on, unless it’s time for Game of Thrones. Before social networking was a smartphone app, we did it around a fire. That goes way back.”

With his gospel-derived, passionate delivery, White seems to have inherited his grandfather’s ability to touch crowds with a sermon — his divine vocal improvisations at the end of the honky-tonk flavored “Story” will undoubtedly get butts out of seats. White stresses that he isn’t a preacher, but doesn’t see a problem with putting his own methods for surviving the world out there.

“Some of the best songs, like Buffalo Springfield’s “For What It’s Worth” or anything by Bob Marley, have a little bit of preachin’,” he says. “I never want to come across too preachy, but instead I’m saying, ‘Hey man, this is my life, and this is what I do to be happy and I’m figuring it out just like you.’” Drake White

Spark covers an entire spectrum of emotions beyond these statements of character and self-definition. In “Making Me Look Good Again,” White cruises on an R&B-style groove to express his gratitude for his better half, while “Waiting on the Whiskey to Work” finds him embodying a man spun out on love and heartbreak. Then in the tropically-themed “Equator,” he flies south to give his nomadic side a little time to play.

“This record is about balance. It’s me asking, where’s that boy I used to be? Oh yeah, we gotta go get him back,” he says. “We gotta go on a hike or camping or grab my wife and go to some foreign country. I gotta feel alive. I gotta go out there and do that.” Drake White

Long a respected live entertainer with his (appropriately named) band the Big Fire, White’s climb to the limelight hasn’t been a straight or uncomplicated one. Rather than blowing up right away with a big debut single, he’s toiled on the road for years, giving jaw-dropping performances night after night and making believers one show at a time. “There are many different paths.

You can also purchase tickets in person (cash only) without any service fees at Lost Weekend Records, Used Kids Records, and Spoonful Records. 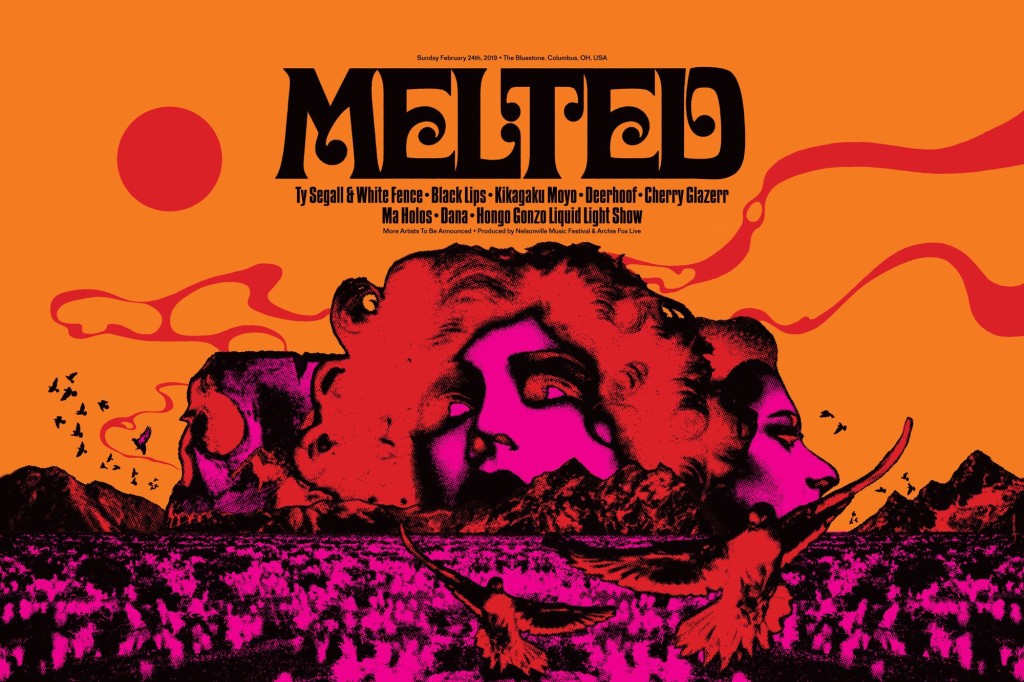 $50 tickets are onsale now at meltedmusicfest.com 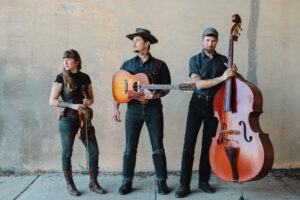 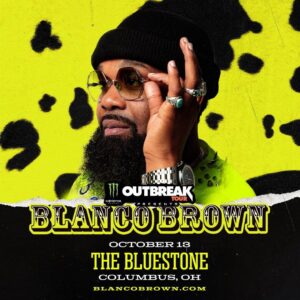 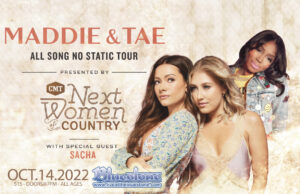 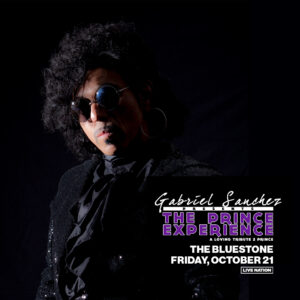