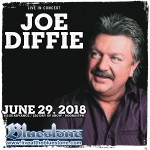 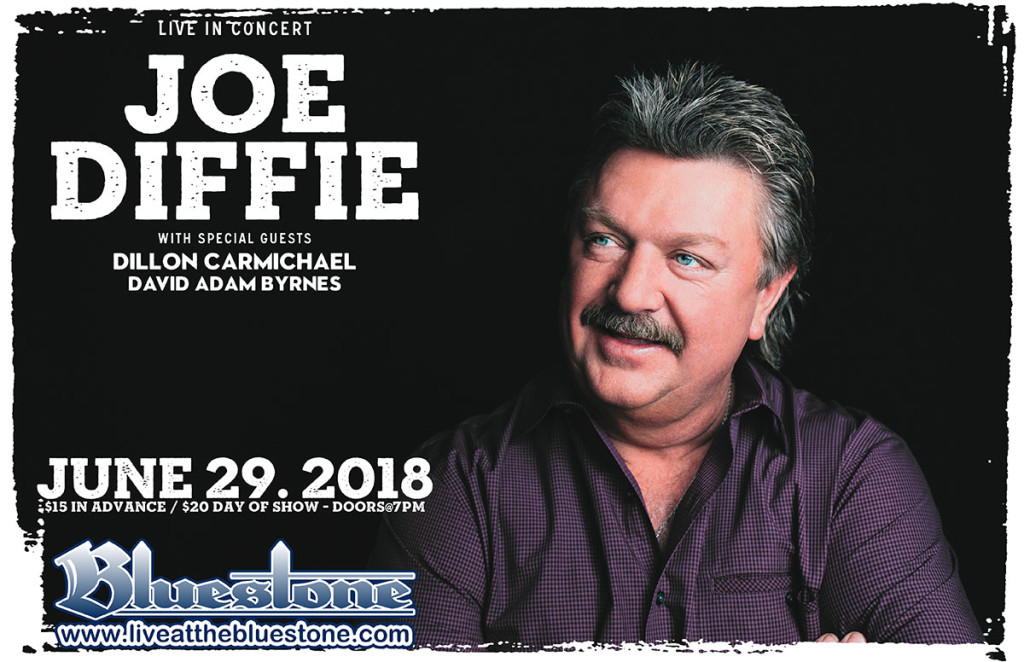 Joe Diffie was regarded by many of his peers as one of the better vocalists in contemporary country, and lent his traditional sensibilities to humorous, rock-tinged novelties and plaintive ballads. Diffie was born in Tulsa, Oklahoma, in 1958 and grew up in a musical family, first performing in public at age four with his aunt’s country band. He played in a rock band during high school, and later moved on to a gospel quartet and, during college, a bluegrass band called the Special Edition. He worked on his songwriting and singing over the next few years while working in a foundry, and caught a break when his “Love on the Rocks” was recorded by Hank Thompson. When Randy Travis nearly recorded another of his songs, Diffie was convinced he had a shot in the business, and moved to Nashville in 1986. He took a job at the Gibson guitar plant while continuing to write songs, and became an in-demand demo singer as well. Holly Dunn’s 1989 recording of a Diffie collaboration, “There Goes My Heart Again,” proved a major hit, and Diffie found himself a hot commodity. He signed with Epic and released his debut album, A Thousand Winding Roads, in 1990. His first single, “Home,” went all the way to number one on the country charts, and “If the Devil Danced (In Empty Pockets)” duplicated that feat; meanwhile, two more singles from the album, “If You Want Me To” and “New Way (To Light Up an Old Flame),” reached number two.

Diffie became a regular hitmaker over the rest of the ’90s, and scored again with his sophomore LP, 1992’s Regular Joe; “Is It Cold in Here” and “Ships That Don’t Come In” both made the Top Five. Known primarily for his ballads at this point in his career, Diffie switched things up with 1993’s Honky Tonk Attitude, which emphasized his rambunctious, rocking side and sense of humor, and proved to be his biggest-selling album yet. The title track, “Prop Me Up Beside the Jukebox (If I Die),” and “John Deere Green” all went Top Five. Sticking with engaging humor as the selling point of his hugely popular follow-up, 1994’s Third Rock from the Sun, Diffie scored two number ones with the title track and “Pickup Man,” plus a Top Five hit in “So Help Me Girl.” 1995 brought a holiday album, Mr. Christmas, as well as a proper release in Life’s So Funny, which gave Diffie his fifth number one hit in “Bigger Than the Beatles.” 1997’s Twice Upon a Time saw his commercial momentum slipping a bit, and so Epic issued a Greatest Hits compilation the following year; its new song, “Texas Sized Heartache,” returned Diffie to the Top Five. 1999’s A Night to Remember was the most straight-ahead, traditional country record Diffie had yet recorded, and it gave him two Top Ten hits in the title cut and “It’s Always Somethin’.” He returned to his more established style for 2001’s In Another World, which found him transferred to Sony’s reactivated Monument subsidiary; its title track went Top Ten early the next year. Tougher Than Nails followed in 2004, then in 2010 Diffie returned to bluegrass for Homecoming: The Bluegrass Album, which was released by Rounder Records and was greeted by warm reviews.

Diffie had a bit of an unexpected revival in early 2013, when his name provided the chorus of Jason Aldean’s party-hearty hit “1994.” Later that year, Diffie set out on the road with fellow country singers Sammy Kershaw and Aaron Tippin on a tour called All in the Same Boat; the trio released an accompanying album of the same name in May. ~ Steve Huey, Rovi