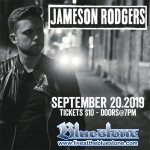 Jameson Rodgers LIVE at The Bluestone on Friday, September 20th, 2019 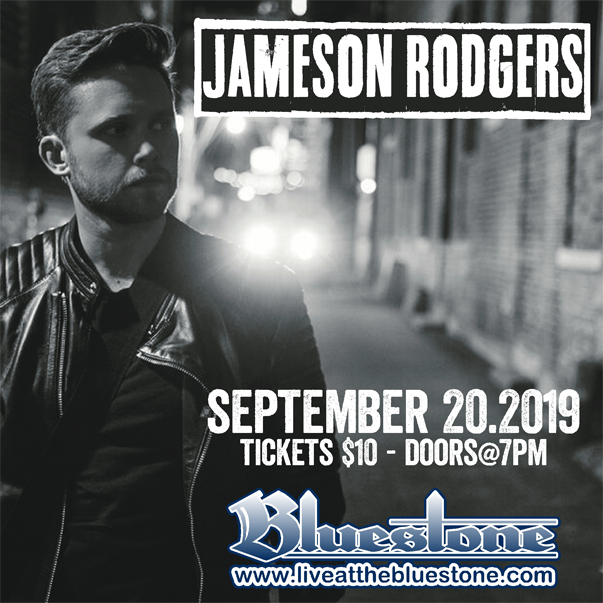 Jameson Rodgers Live at The Bluestone

Raised in Batesville, Mississippi, singer-songwriter Jameson Rodgers brings together electrified rock & roll and Country songwriting on his new self-titled EP, released in January of 2018, with songs featured on Spotify’s New Boots and Wild Country playlists as well as Sirius XM’s On The Horizon. In 2018, Rodgers also received the AIMP Nashville Rising Artist-Writer of the Year nomination for the third annual AIMP (Association of Independent Music Publishers) Nashville Awards. The former college baseball player, who landed a publishing deal with Combustion Music in 2014, scored his first songwriting cuts with Florida Georgia Lines “Wish You Were On It” and “Talk You Out Of It” in addition to co-writing Chris Lane’s new single “I Don’t Know About You.” His debut EP, released in 2016, features the streaming hit “Midnight Daydream.” In addition to opening shows for Sam Hunt and Old Dominion, Rodgers has been selling out clubs throughout the south and Midwest this year. He is currently on the Luke Combs Beer Never Broke My Heart Tour that kicked off in January.