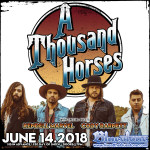 *Doors will OPEN at 7PM 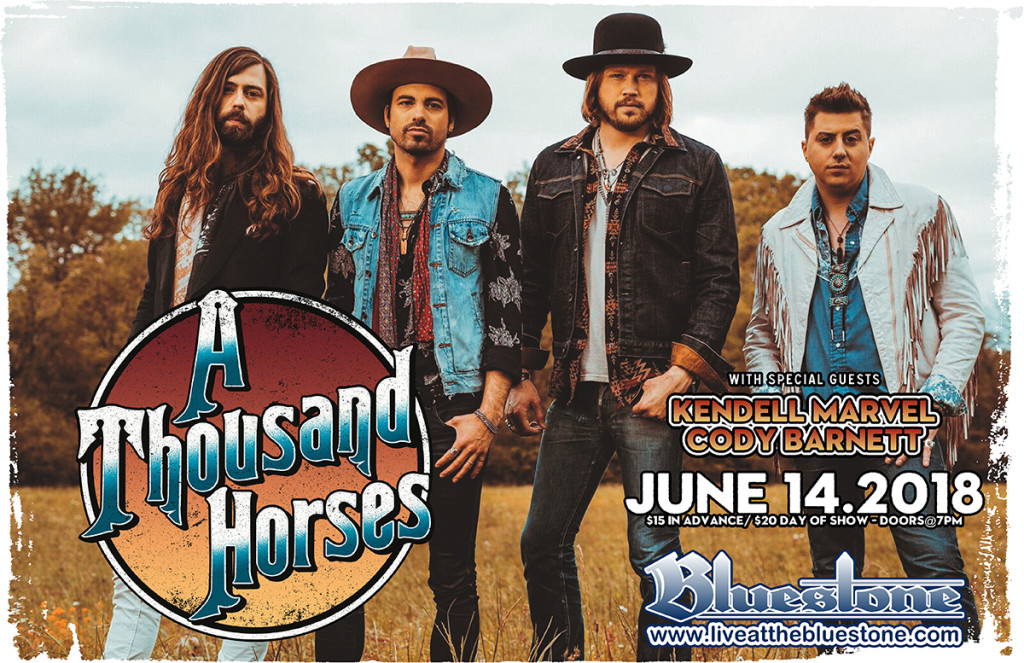 America’s bona fide band of brothers A Thousand Horses deliver an authentic fusion of Southern rock and contemporary Country mixed with rowdy jams. Their 13-track project BRIDGES features working man’s anthem “Preachin’ to the Choir” along with seven acoustic tracks, six of which were recorded live in the U.K. at the famed Metropolis Studios. The group’s debut single “Smoke” made Country Aircheck history as the highest debut for a new artist and solidified the band (with at least three members) as the first this decade to score a #1 with their first single on the Billboard Country Airplay Chart. A Thousand Horses have landed multiple awards show nominations, most recently vying for the title of ACM New Vocal Duo or Group at the 52nd Annual ACM Awards. The band’s debut album, SOUTHERNALITY, blends Southern Rock and influential sounds of The Black Crowes and Rolling Stones’ Exile on Main Street era. The talented foursome soars with Michael Hobby on lead vocals as Bill Satcher and Zach Brown on guitar and Graham Deloach on bass round out their unique grooves. After opening for Country powerhouse Jason Aldean and a string of performances in the U.K. last fall, A Thousand Horses are currently headlining shows across the U.S. before kicking off their opening run on Kid Rock’s AMERICAN ROCK n ROLL TOUR 2018 in January. New music from the band is on the horizon, with details coming soon. For more information and tour dates, visit AThousandHorses.com.