https://www.liveatthebluestone.com
Click here to subscribe to our text messages.From country music concerts and rock and roll, to corporate events, weddings and private parties, we’re a destination venue for your special event tickets. With cathedral ceilings, soulful acoustics you can only hear in a 115-year old church, and a staff who truly cares about delivering an amazing experience, The Bluestone is one Columbus event venue you simply shouldn t miss.
Get your Tickets to the best shows in town Now
www.liveatthebluestone.com
Agenda
Agenda
Day
Month
Week
January 2021 – December 2019 Jan 2021 – Dec 2019
Collapse All Expand All
Jan
26
Tue
3LAU
Jan 26 @ 3:14 pm 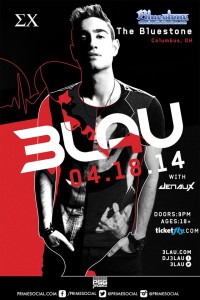 3LAU will perform at The Bluestone with special guest Jenaux on April 18th, 2014. Doors open at 9:00 PM.Visit www.PRIMESOCIAL.com for more information.

All donations and proceeds will be donated to T.J Martell Charity in honor of Troy Gentry

Doors will open at 7pm

Headlining the show: Halfway to Hazard

The T.J. Martell Foundation is the music industry’s leading foundation that funds innovative medical research focused on finding treatments and cures for cancer. The Foundation sources and supports early-stage translational research projects which otherwise might not be funded.

Michael Ray as part of his “Get To you Tour”

Doors for the show will open at 8pm

Tickets On-Sale November 6th at 10am 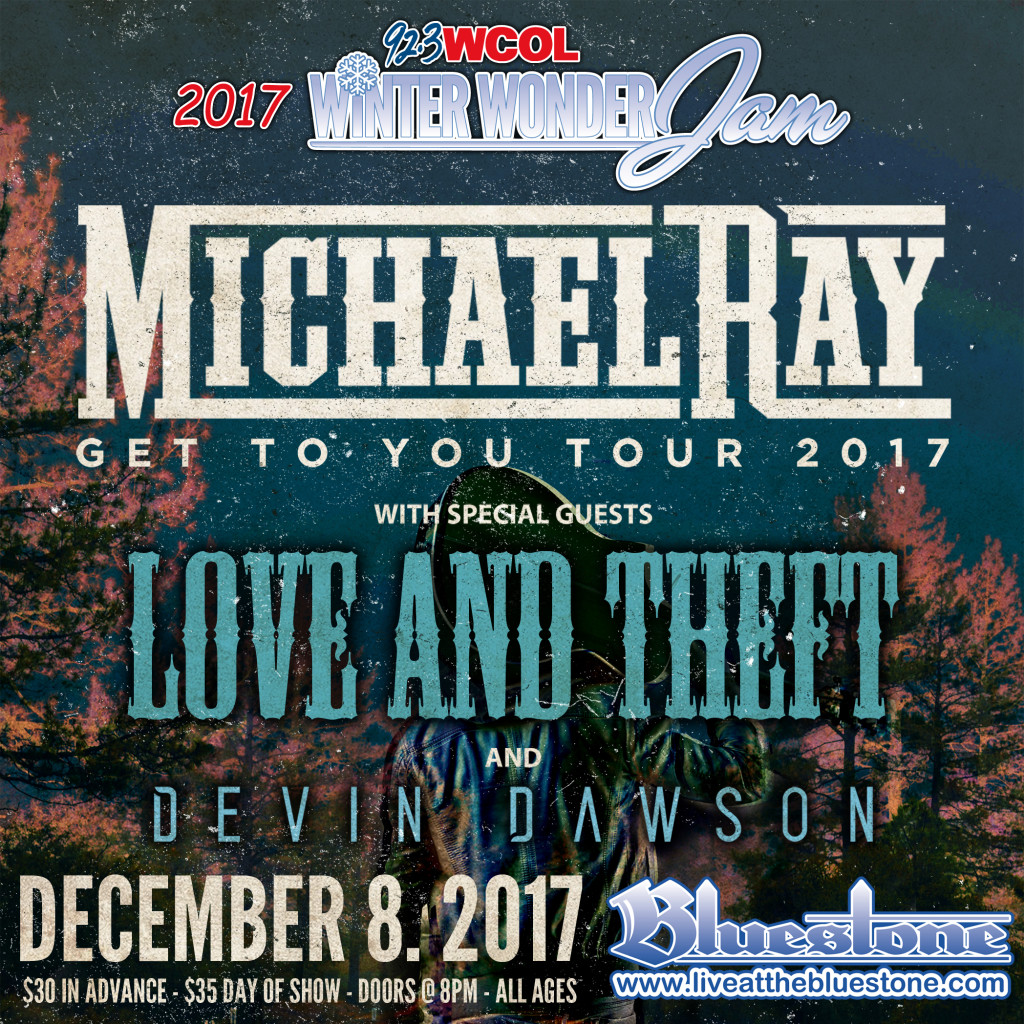 Michael Ray Roach (born April 29, 1988), best known as Michael Ray, is an American country music singer and songwriter. He is signed to Warner Music Nashville, for which he has released his debut single, “Kiss You in the Morning“. The song has reached No. 1 on Country Airplay. Before this single’s release, Ray was mentored by John Rich of Big & Rich on the singing competition The Next: Fame Is at Your Doorstep, which he won. He and Rich co-wrote Big & Rich’s 2015 single, “Run Away with You“.[1]

In March 2017, it was reported that Ray would put his acting chops to the test when he revealed that he landed a guest role on CMT’s show, Nashville.[2]

Love and Theft is an American country music group founded by Stephen Barker Liles, Eric Gunderson, and Brian Bandas, all three of whom alternated as lead singers and acoustic guiarists. Signed to Lyric Street Records subsidiary Carolwood Records in 2009, Love and Theft made their chart debut in early 2009 with the single “Runaway,” which reached the Top 10 on Billboard Hot Country Songs. The band’s debut album, World Wide Open, was released on August 25, 2009.

In 2011, following the departure of Bandas, Love and Theft continued as a duo consisting of Gunderson and Liles. The duo moved to RCA Records Nashville that year and released the single “Angel Eyes“, which became their first number 1 single. It and the Top 40 singles “Runnin’ Out of Air” and “If You Ever Get Lonely” all appear on their second, self-titled album.

Devin Dawson first became famous after filming a mashup of Taylor Swift songs, which gained popularity on YouTube.[2][3][4] His debut single “All on Me” is also his first hit song.[2] With the help of producer Jay Joyce, he signed to Warner Bros. Records in 2017.[5] Dawson’s “All on Me” has charted on the Hot Country Songs and Country Airplay charts.

Dawson has also toured with Tim McGraw and Faith Hill.[6] 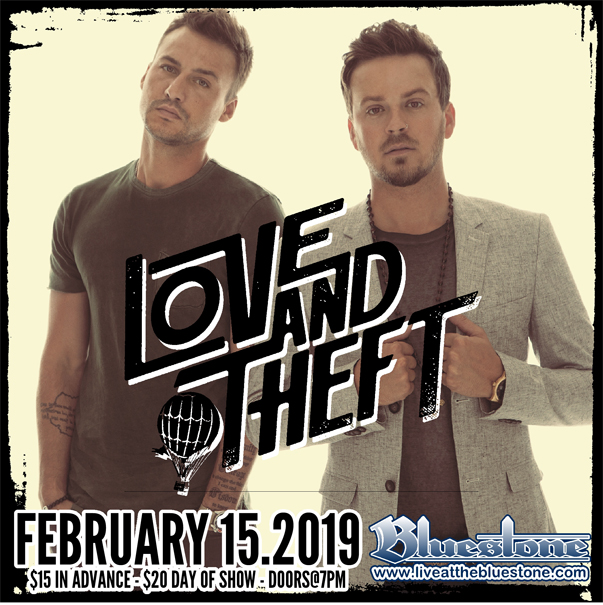 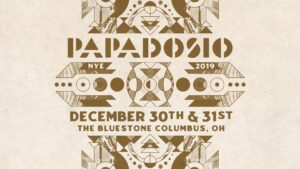 NYE 2020 Papadosio is sending it back to their roots this New Years Eve with TWO NIGHTS at The Bluestone in Columbus, OH with Support TBA!